The giraffe (Giraffa camelopardalis) is an African mammal, the tallest terrestrial animal and the largest ruminant. 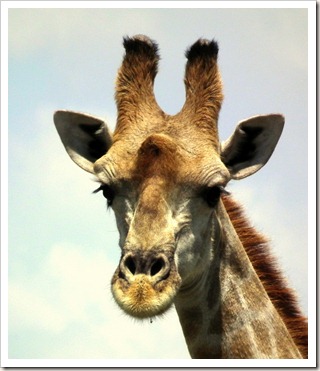 The eyes located on the sides of the head empower it with good all round sight, blessed also with good hearing and sense of smell. It has the  ability to close it’s nose to protect against ants and other such pests when feeding on the tops of trees. The tongue is long and black in colour, 50 cm long it can grasp leaves and other chosen foliage it prefers, as well as cleaning the nose. It has a protective covering within the mouth to protect against thorns when feeding on the many thorn trees it favours. 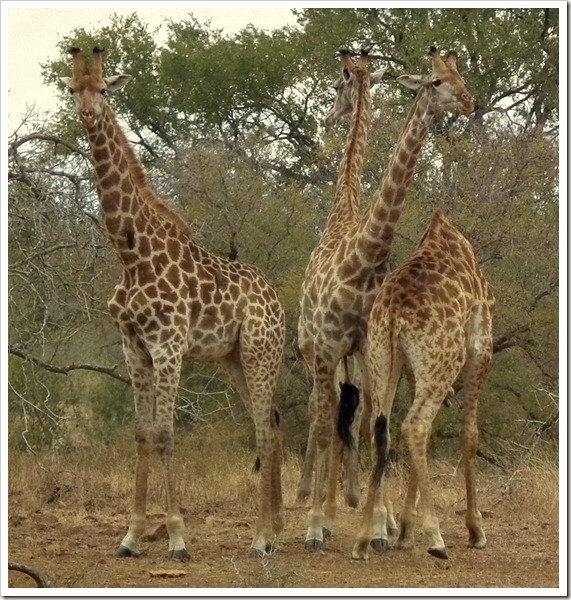 Having short horns, it is normally easy to identify the male from the female by the hair on these horns, the females is normally hairy and the males bald. (sound familiar) A fascinating feature of the giraffe is that the neck has the same amount of bones as the human 7.

With the long legs it can get up quite a turn of speed, a long gaited gallop has it reaching speeds of 60km/h (37mph.)

A vicious kick, or stamping, with the front legs can be deadly to predators, as many a lion has learnt the hard way.

A comical animal when getting down to drink, with the spreading of the front legs to allow an almost stiff neck to be lowered to drink.

The males will do battle over a female by swinging the head round and striking their opponent. They have been known to send their opponents to the ground and on an occasion to even cause the demise of their fellow fighter (not very often fortunately) most fights are decided fairly quickly the one standing down to the other, allowing the dominant male to mount as a show of obedience and dominance of the victor.

They live a fairly long life and when giving birth the young “drop in to life” so to speak. 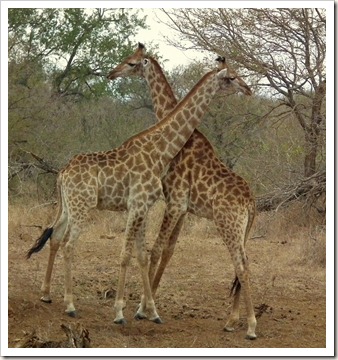 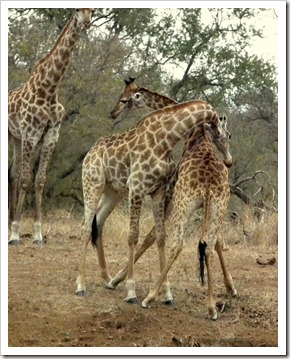 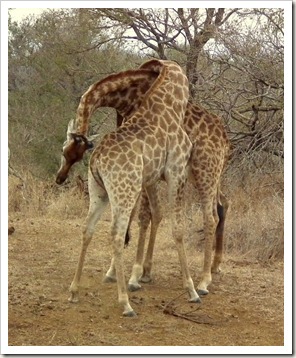 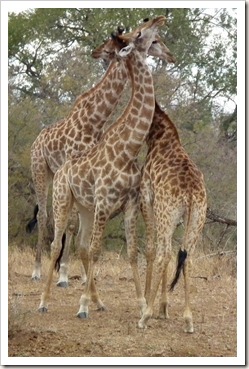 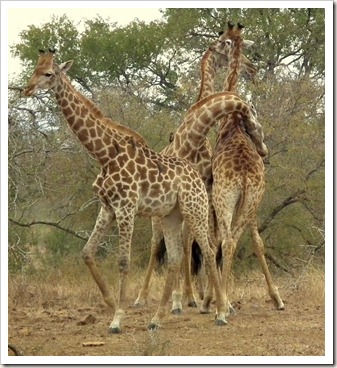 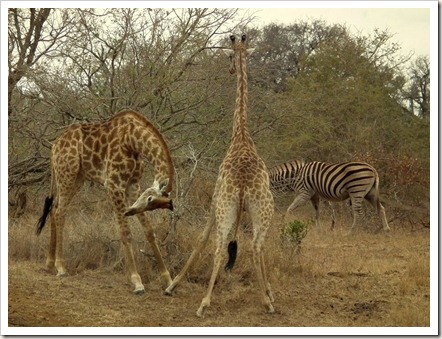 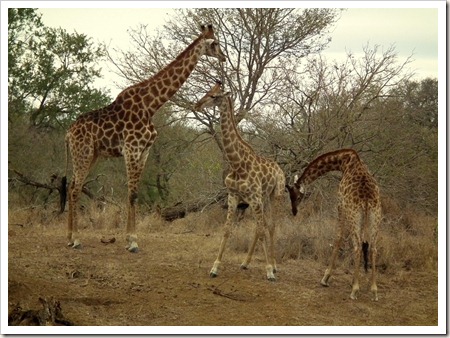