the Cape Vulture, (Gyps coprotheres), It is endemic to Southern Africa, and is found mainly in South Africa, Lesotho. Botswana and in some parts of northern Namibia. It nests on cliffs and lays one egg per year.

The two prominent bare skin patches at the base of the neck,  are thought to be temperature sensors and used for detecting the presence of thermals.

The species is listed by the IUCN as "Vulnerable", the major problems it faces being poisoning, disturbance at breeding colonies and power line electrocution. The current population is estimated at 8,000. 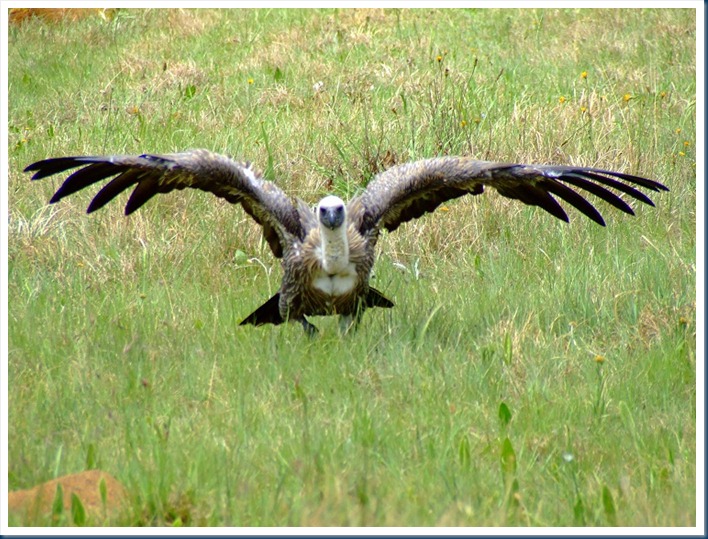 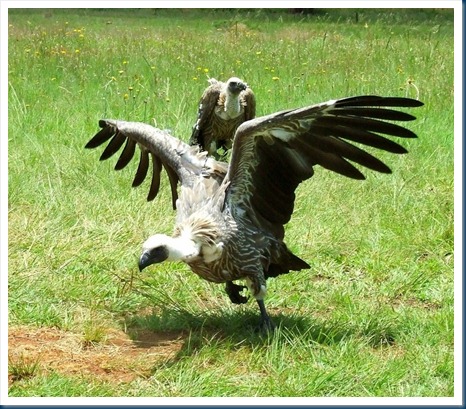 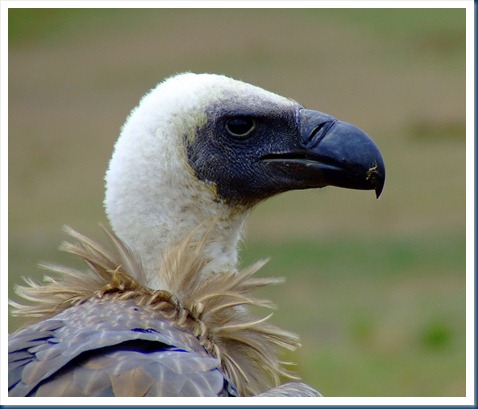 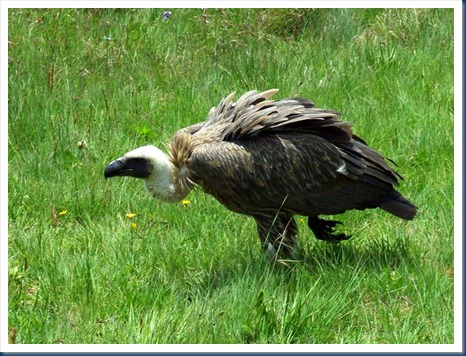 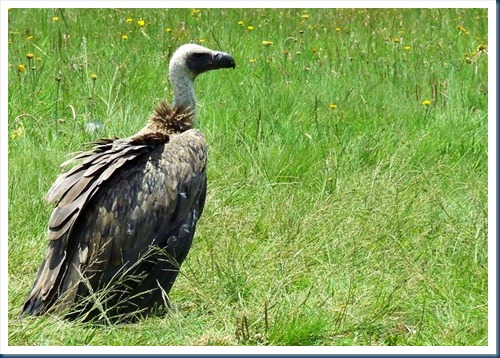 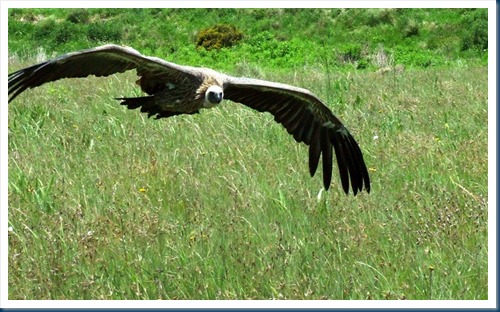 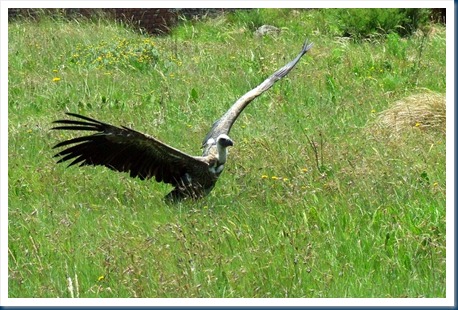 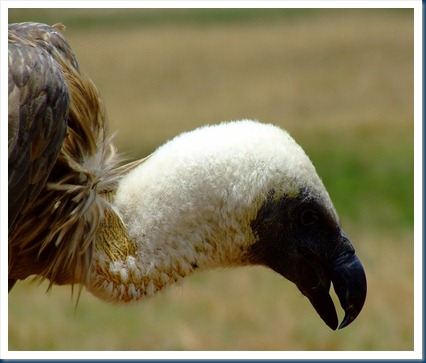 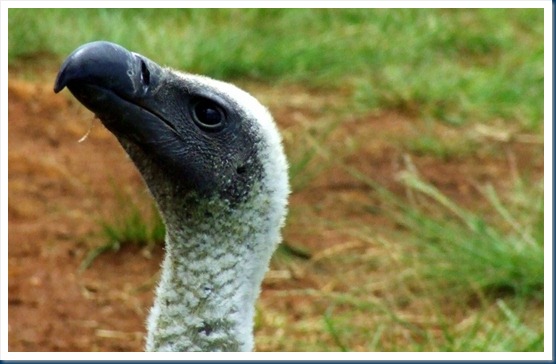