The ISAF International Class Hobie 16 (H16) is a popular catamaran manufactured by the Hobie Cat Company for racing and day sailing. The craft was the driving force behind the popularization of beach cats and was recently inducted into the Sailing Hall Of Fame.

Introduced in 1972, the Hobie 16 is the second largest boat fleet in existence with over 135,000 boats built to date.

The boat is distinctly recognized for its asymmetric "banana" shaped hulls, designed to work without the need for dagger boards so the catamaran could be run up the beach without worry. The rudders kick-up automatically by lifting up on the tiller crossbar.

This is a sport in which I’ve partaken, twice in the Hobie Offshores in Durban, a city in South Africa, one of our larger harbours.

There is nothing like sailing a hobie, a thrill a minute when the wind is blowing.. I spent many hours on the Hobie with my son when he was growing up and he now owns his own Hobie 16. The following photos are of him with his wife, doing what’s call “flying the hull” it sometimes ends in a swim, as did this one..

“Concentrate Girl” I shout from my vantage point…..

“I told you to concentrate, I can see what’s going to happen..” 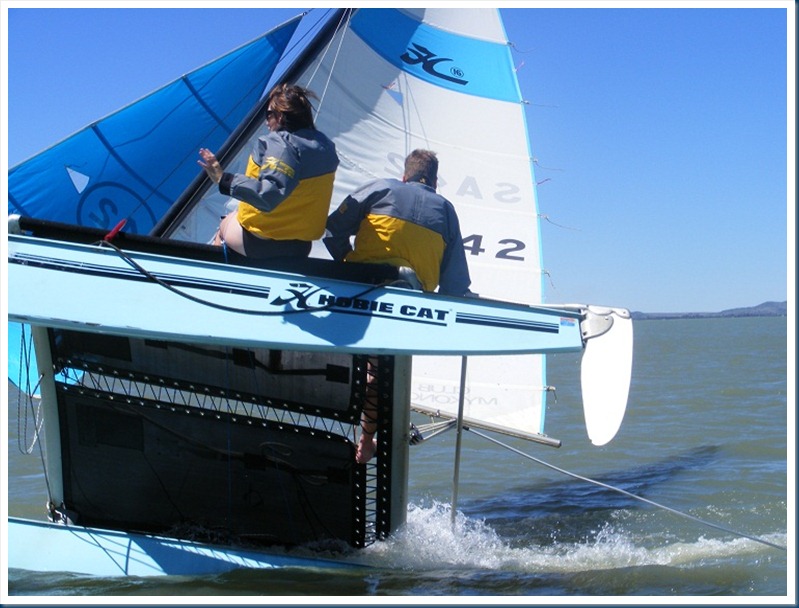 What do you do when the wife doesn’t concentrate..?  Take a swim… 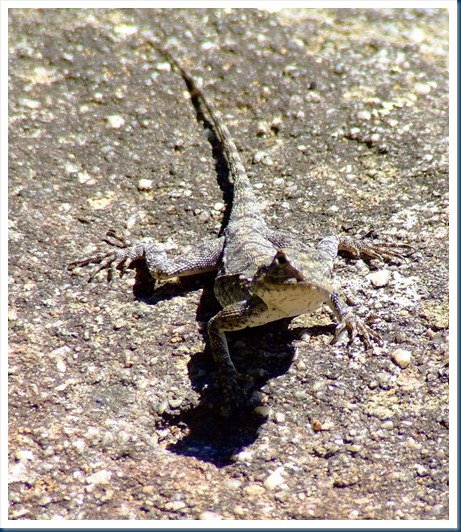