This a wading bird of the heron family. I took these photos at Lake Panic in the Kruger National Park.

It’s native throughout temperate Europe and Asia and also parts of Africa. It is resident in the milder south and west, but many birds retreat in winter from the ice in colder regions. It has become common in summer even inside the Arctic circle along the Norwegian coast.

Adults have a white head with a broad black supercilium and slender crest, while immature birds have a dull grey head. It has a powerful, pinkish-yellow bill, which is brighter in breeding adults. It has a slow flight, with its long neck retracted (S-shaped). This is characteristic of herons and bitterns, and distinguishes them from storks, cranes and spoonbills, which extend their necks. The call is a loud croaking “fraaank”.

This species breeds in colonies in trees close to lakes, the seashore or other wetlands, although it will also nest in reed beds. At Lake Panic there is one nesting in a tree direct across from the Bird hide… 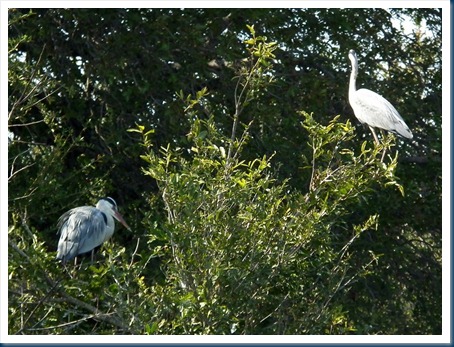 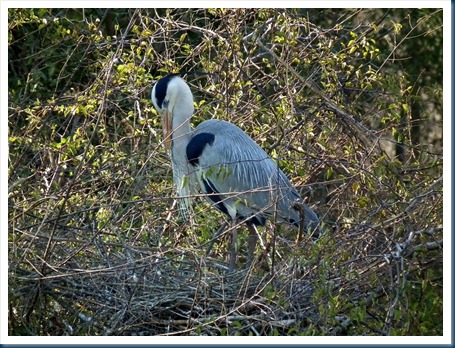 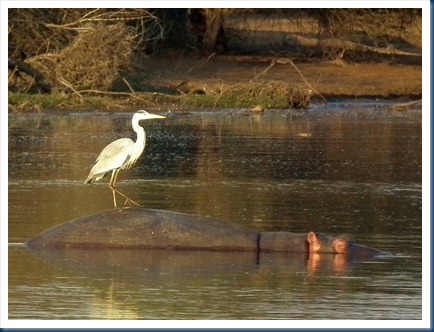 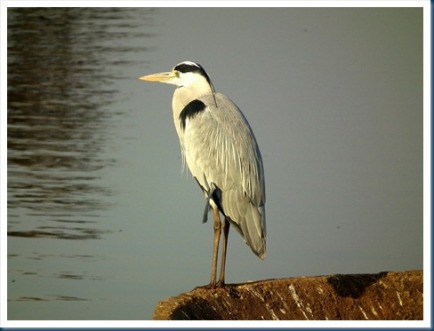 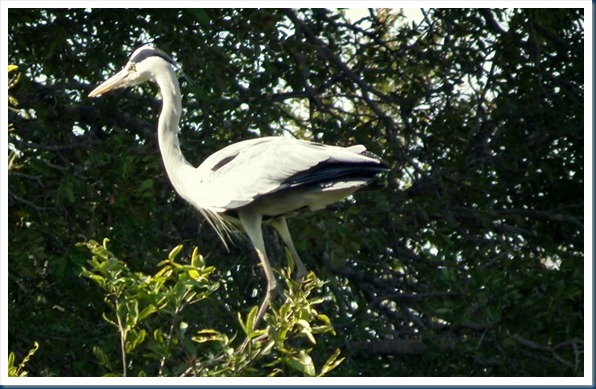 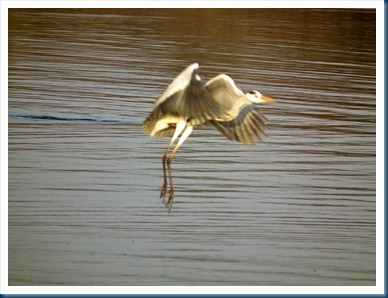