Secretary Birds are endemic to Sub-Saharan Africa and are non-migratory, though they may follow food sources. Their range extends from Senegal to Somalia and south to the Cape of Good Hope. They prefer open grasslands or savannahs rather than forests or dense shrub. They roost in the trees but spend the day on the ground, where they hunt on foot. Prey consists of insects, mammals ranging in size from mice, hares, mongoose, crabs, lizards, snakes, tortoises, young birds, bird eggs, and sometimes dead animals killed in bush fires.

They can either catch prey by chasing it and striking with the bill and swallowing (usually with small prey), or stamping on prey until it is rendered stunned or unconscious enough to swallow.

The nest is around 2.5 m (eight feet) wide and 30 cm (one foot) deep, and is constructed as a relatively flat basin of sticks. Secretary birds lay two to three oval, pale-green eggs over the course of two to three days.

The Secretary Bird is the national emblem of Sudan as well as a prominent feature on the Coat of arms of South Africa. 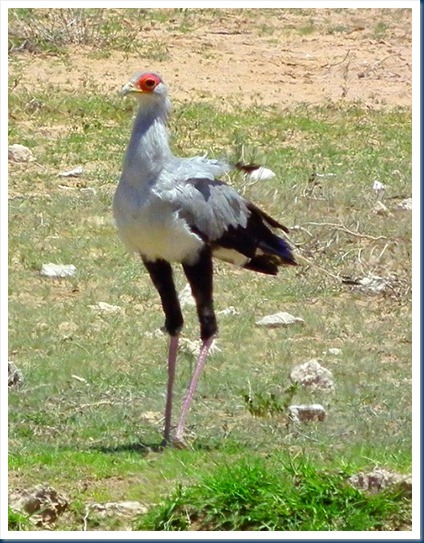 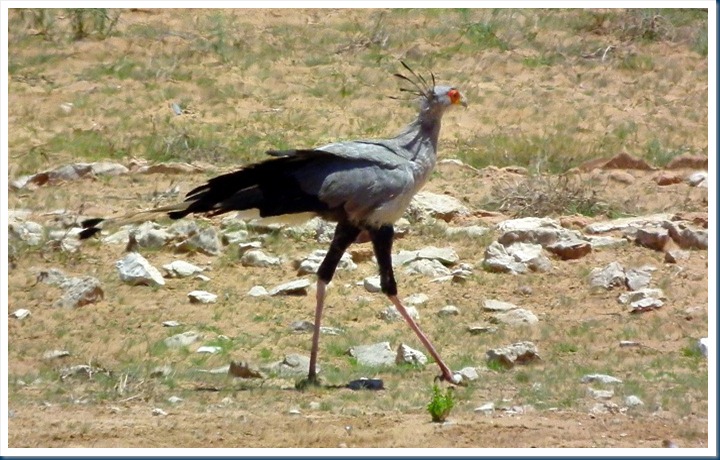 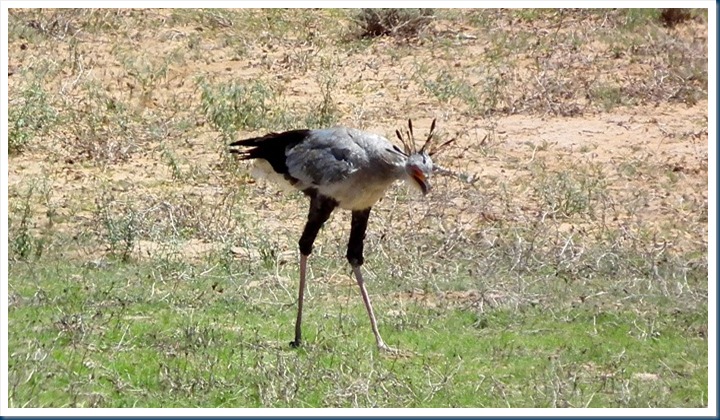 Notice all the pens and pencils he carries behind his ears….