I’m not here, but on the road, BUT I was worried you might miss me whilst I’m away, so set this to post on Sunday. I might even get some time to answer your comments from the last few days.

But lets get back to this little fisherman. A very proficient hunter, that  with their black and white plumage, crest and the habit of hovering over clear lakes and rivers before diving for fish, makes it distinctive.

This kingfisher feeds mainly on fish, (maybe that’s why it’s called a kingfisher) although it will take crabs and large aquatic insects such as dragonfly larvae. It usually hunts by hovering over the water looking for prey and diving vertically down bill-first to capture fish.

When not foraging, they have a straight rapid flight and have been observed flying at nearly 32 mph. Fast little fellow that makes capturing him in flight not that easy.. Don’t want to recall how many times I’ve tried to capture this little bird whilst in hover.. when I press the shutter button is when he decides to dive, leaving me with a shot of the clear blue sky… however I have captured it once or twice….

This is a male hovering,,, distinguishable by the band on his throat…. 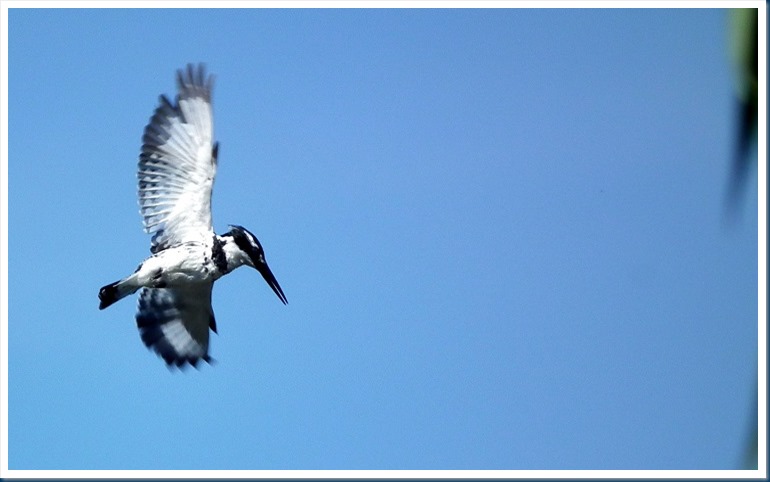 And this is a female with the single gorget that is often broken in the middle. 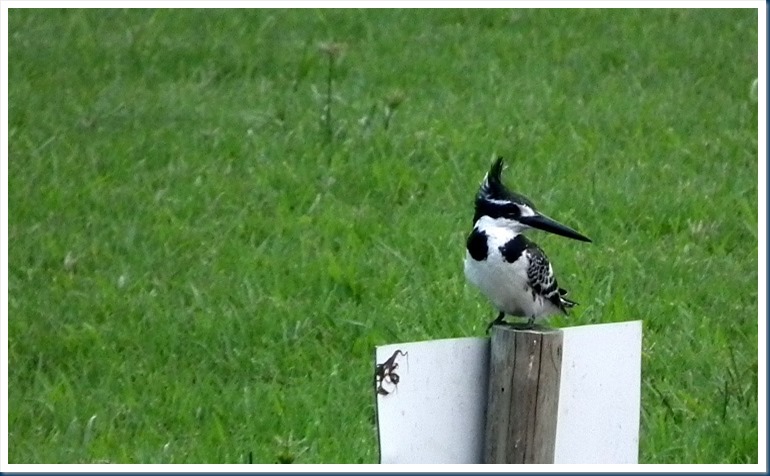 and now just to confuse you, and me, a stripe and gorget split…. Is this bird Bisexual?? No actually it’s a male… 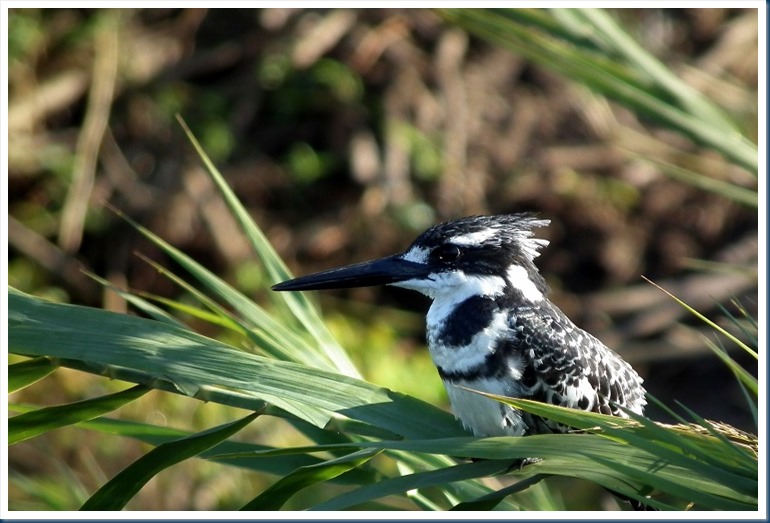 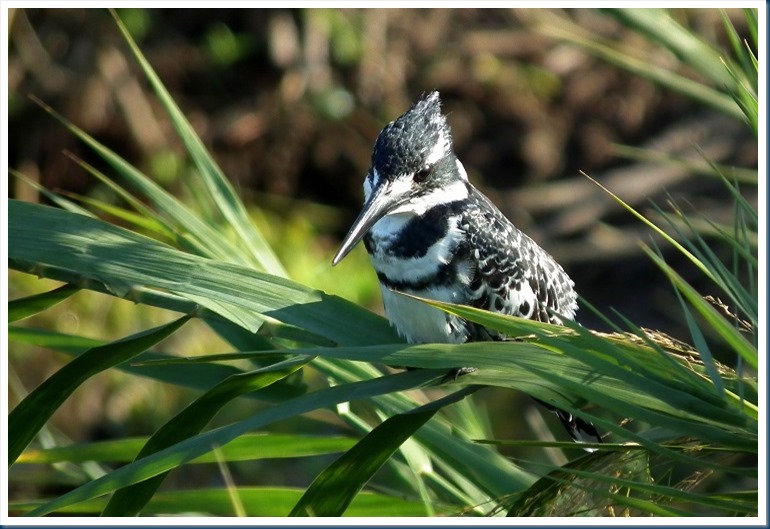 Well this one did….