Our most common antelope in Africa. Bold statement to make but I’m sure it is.

Females and young form herds of up to 200 individuals. When food is plentiful, adult males will establish territories. Territorial males round up any female herds that enter their grounds, and chases away bachelor males that follow.

They will even chase away recently weaned males. He then does his best to prevent any female from leaving his territory. (Busy little fellow).

The breeding season of the impala, also called the rut, begins at the end of the wet season in May. The entire affair lasts about three weeks. While young are usually born after six to seven months, the mother has the ability to delay giving birth for an additional month if conditions are harsh. (Now this is taking giving birth to a new level, Prince William can be glad woman can’t do this).

When frightened or startled, the whole herd starts leaping about to confuse their predator. Able to jump distances of more than 10 m (33 ft.) and 3 m (9 ft.) into the air, threatened impalas will explode in a magnificent spectacle of leaping. This photo I borrowed from the Internet… thank you whoever you are, I’ve blanked the number plate and faces…

Now for a few of my photos…. 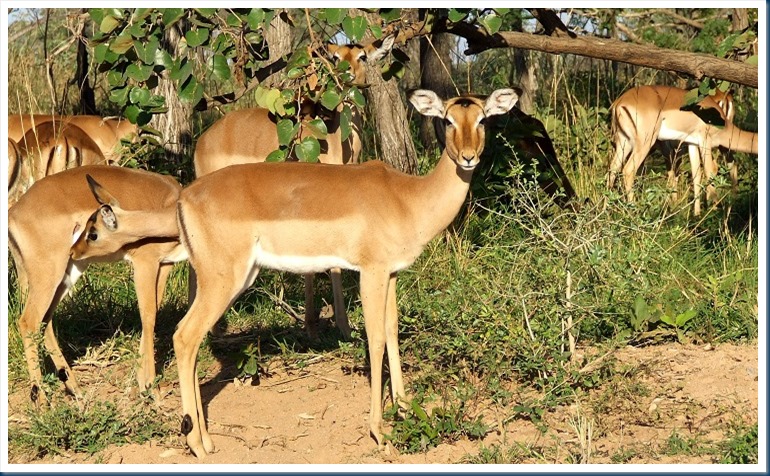 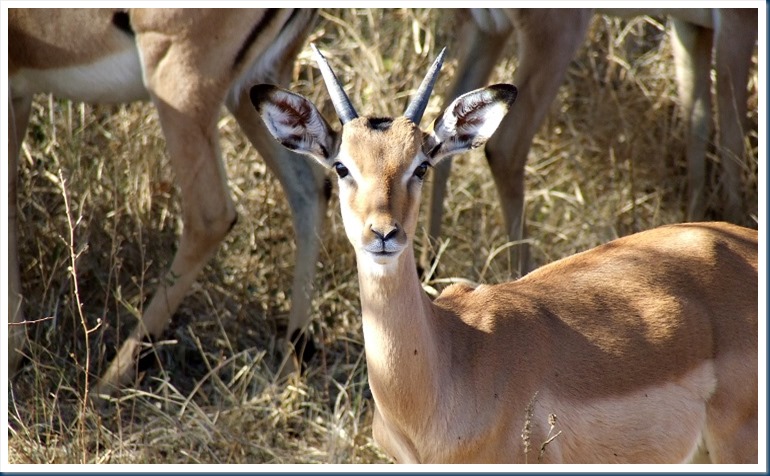 There are estimated to be over 100 000 of these in the Kruger National park alone… and now you wonder why we root for the Cheetah to capture them, not like the one that got away by mistakenly jumping into a vehicle… to watch the video clip  CLICK HERE …. this was a freak accident as Impala don’t like to travel in a car full of women….