The bat-eared fox (Otocyon megalotis) is a canid of the African savannah, named for its large ears.

The bat-eared fox , also referred to as big-eared fox, black-eared fox, and cape fox, has tawny fur with black ears, legs and parts of the pointed face. It averages 55 cm in length (head and body), with ears 13 cm long.

The bat-eared fox commonly occur in short grass lands as well as the more arid regions of the savannah. In addition to raising their young in dens, bat-eared foxes use self-dug dens for shelter from extreme temperatures and winds.

The bat-eared fox is an insectivore that uses its large ears to locate its prey. 80–90% of their diet is harvester termites. When this particular species of termite is not available bat-eared foxes feed on other species of termites and have also been observed consuming ants, beetles, crickets, grasshoppers, millipedes, moths, scorpions, spiders, and rarely birds, small mammals, and reptiles. The insects they eat fulfil the majority of their water intake needs.

The bat-eared fox is predominantly monogamous. In contrast to other canids, the bat-eared fox has a reversal in parental roles with the male taking on the majority of the parental care behaviour. Females gestate for 60–70 days and give birth to litters consisting of 1 to 6 pups. Beyond lactation, which lasts 14 to 15 weeks, males take over grooming, defending, huddling, chaperoning, and carrying the young between den sites.

A males job is never done…. 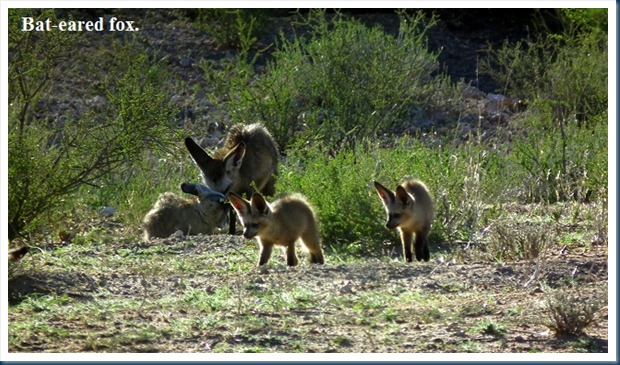 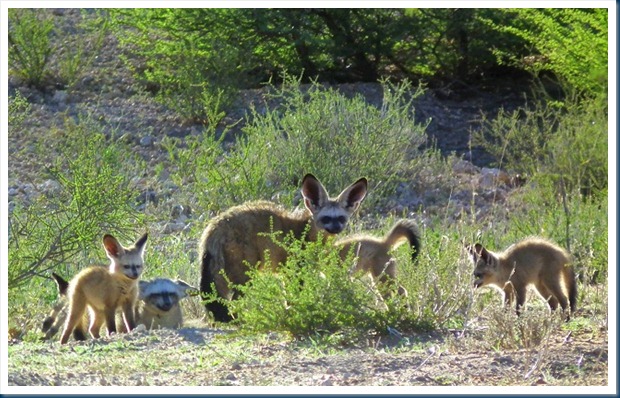 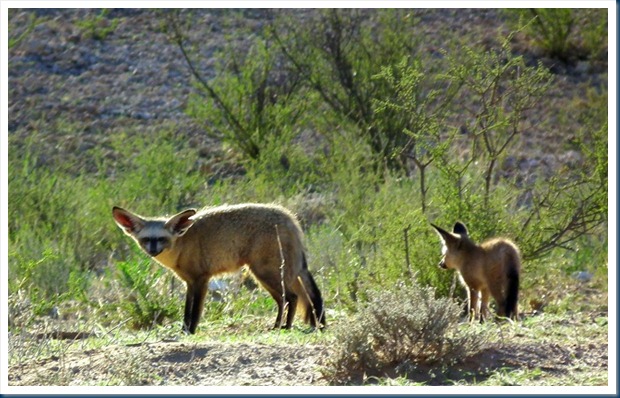