My morning stroll took me close to where I had photo’d the Purple Rollers. The calls told me they were still in the same area. Could they have a nest here?

This species seems to be an opportunist breeder, possibly linked to rains, as its breeding season varies from place to place. It nests in natural hollows in trees or uses old woodpecker holes, usually laying 3 white eggs. The young are fed and incubated by both parents.

I spotted the one being chased by the Forked Tailed Drongo, in fact by two of them. As they are both similar in feeding habits, it was not unusual to see the one being chased off. They both spend long periods perched at the top of thorn trees or poles, watching for food items such as insects, spiders, scorpions and small lizards on the ground.

The other had caught a meal and was sitting with it in its beak… could I get a shot of that? Yes…………. 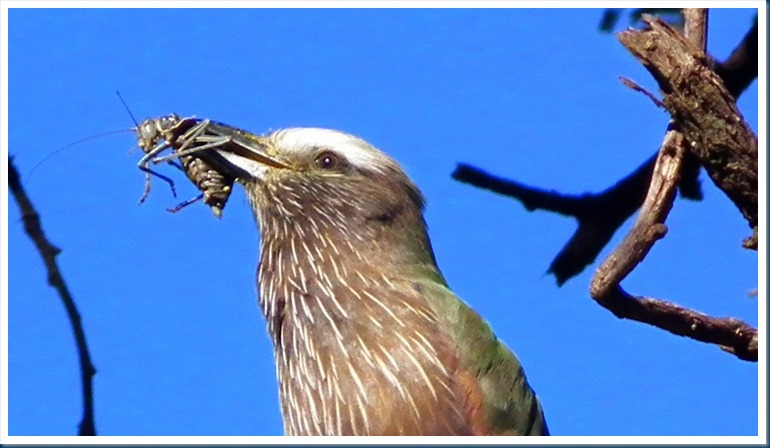 and what was that in its mouth??? Acanthoplus discoidalis (armoured ground cricket, armoured bush cricket, corn cricket, setotojane or koringkrieke) is a species of katydid that is native to Namibia, Botswana, and South Africa Zimbabwe. They are wide-bodied, flightless and can grow to around 5 cm. Their thorax is covered in sharp spines and they have a pair of strong biting jaws. They are able to defend themselves against predators in an unusual manner by squirting haemolymph (insect blood) out of their bodies. Their populations peak in autumn and their bodies often litter roads during this time. When deprived of protein and salt they can become cannibalistic.

Here’s a photo of one, a horrible cricket to have crawl over you at night….. 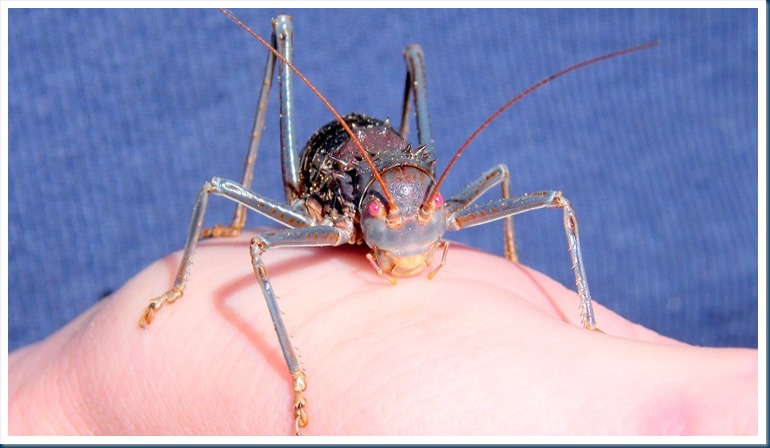 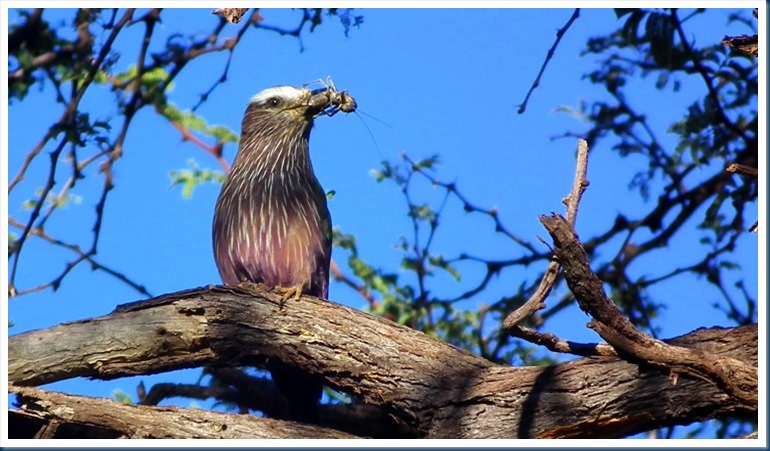 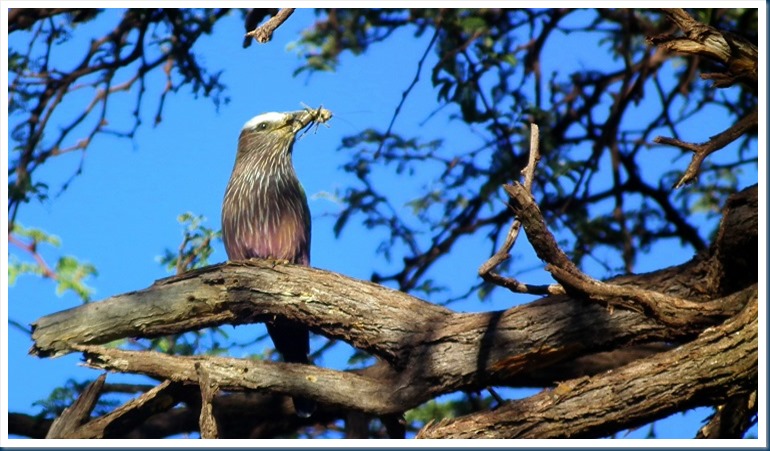 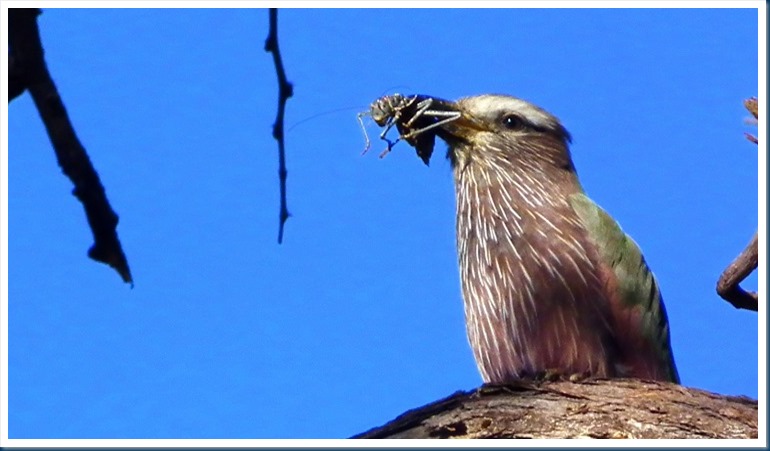 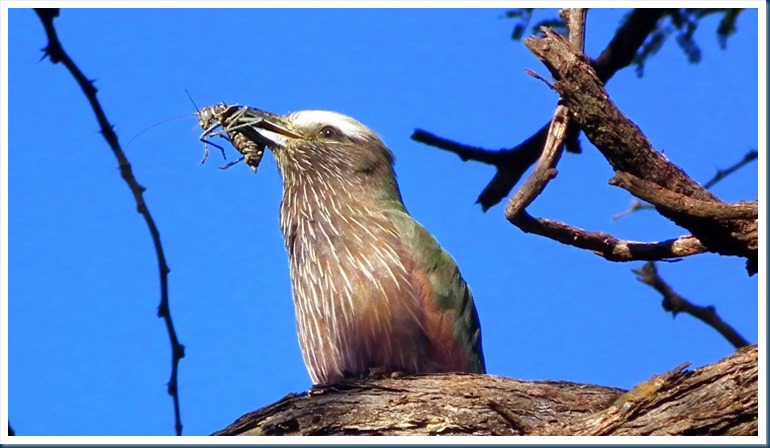