This little master builder will congregate with his fellow men and build nests near each other, hoping to attract a female of the specie. It does look quite hilarious when a female shows up, with all these men now competing against each other for her attention..

The Yellow weaver can only be found along the East coast of South Africa, I’m not sure how far north it is found but probably up into Mozambique..

It is a smallish bird only 17cm. long … feeds on flying insects that it captures on the wing… and like other weavers it does enjoy a bit of nectar from flowers…

The weaver family is known for their intricately built nests… woven material that is collected from all sources with a hanging entrance… very neat and strong.. 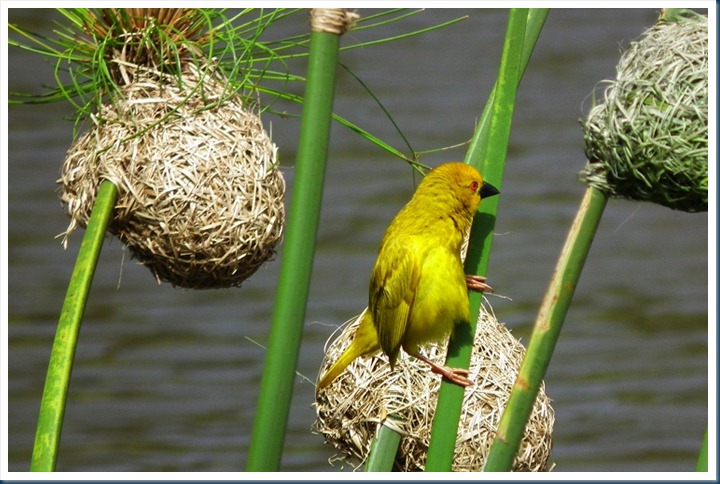 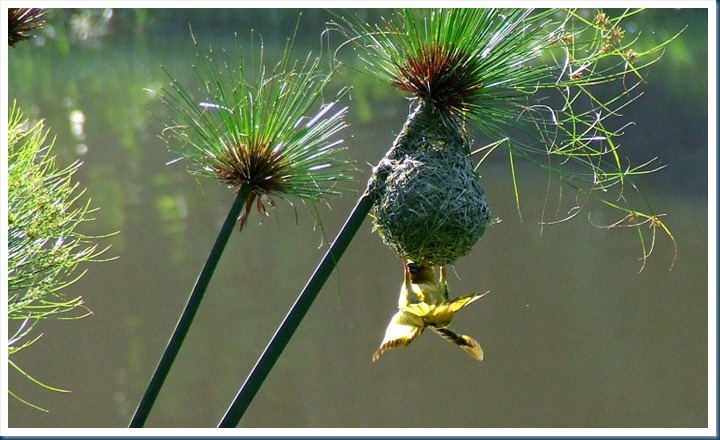 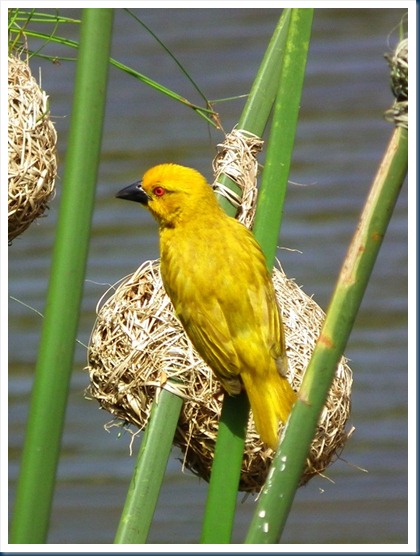 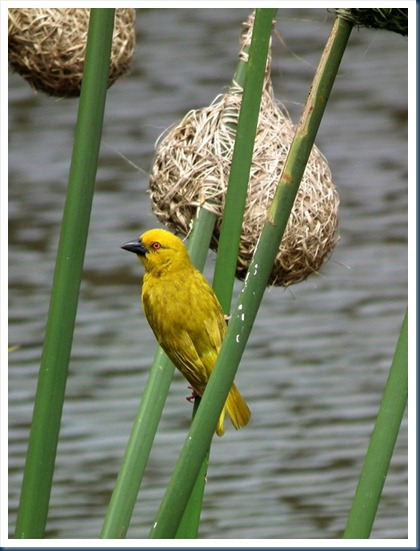 The Egyptian Goose (Alopochen aegyptiacus) is a member of the duck, goose, and swan family Anatidae. It is native to Africa south of the Sahara and the Nile Valley, and has been introduced to parts of Western Europe.

Egyptian Geese were considered sacred by the ancient Egyptians, and appeared in much of their artwork. 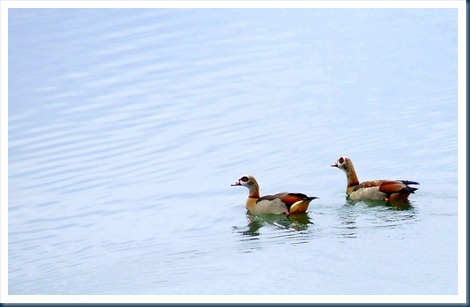 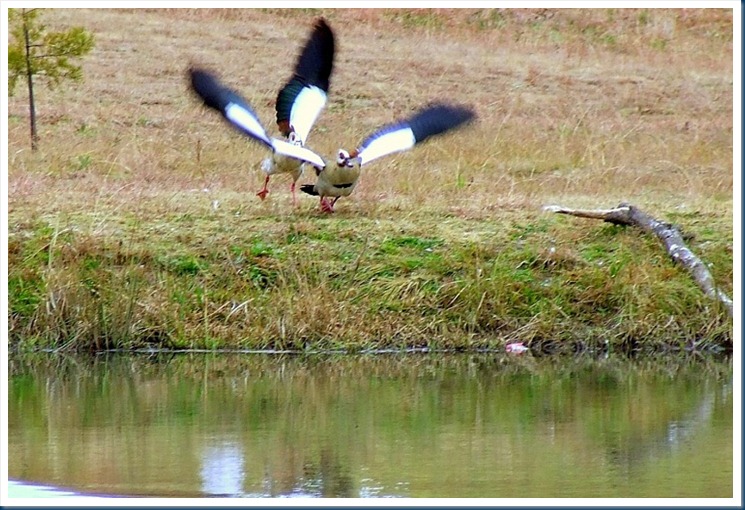