The Bateleur (Terathopius ecaudatus) is a medium-sized eagle in the bird family Accipitridae which also includes many other diurnal raptors such as buzzards, kites and harriers. It is the only member of the genus Terathopius and probably the origin of the “Zimbabwe Bird”, national emblem of Zimbabwe.

The Bateleur is a colourful species with a very short tail (ecaudatus is Latin for tailless) which makes it unmistakable in flight. Males have black plumage except for the chestnut mantle and tail, grey shoulders, and red facial skin, bill and legs. The female is similar to the male except that she is slightly bigger and has grey rather than black secondary flight feathers. Immature birds are brown with white dappling and have greenish facial skin. It takes them seven or eight years to reach full maturity.

The eagle hunts over a territory of 250 square miles (650 km2) a day. The prey of this raptor is mostly birds, including pigeons and sand grouse, and also small mammals, like squirrels; it also takes carrion.

The Bateleur is generally silent, but on occasions it produces a variety of barks and screams.

"Bateleur" is French for "tight-rope walker”. This name describes the bird’s characteristic habit of tipping the ends of its wings when flying, as if catching its balance. 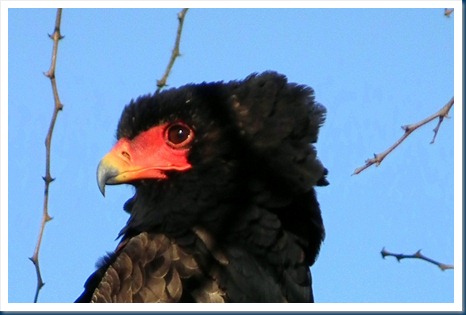 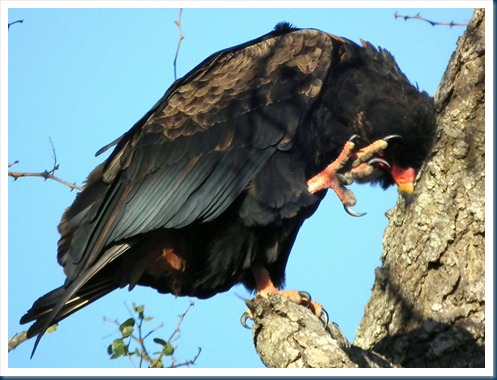 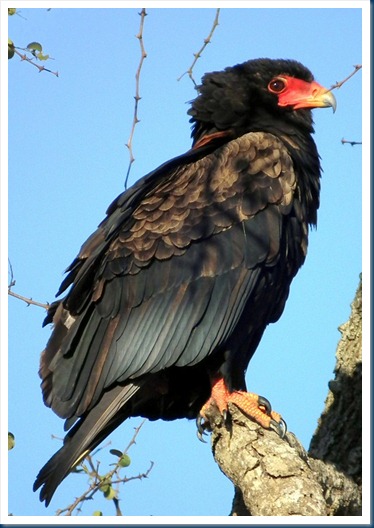 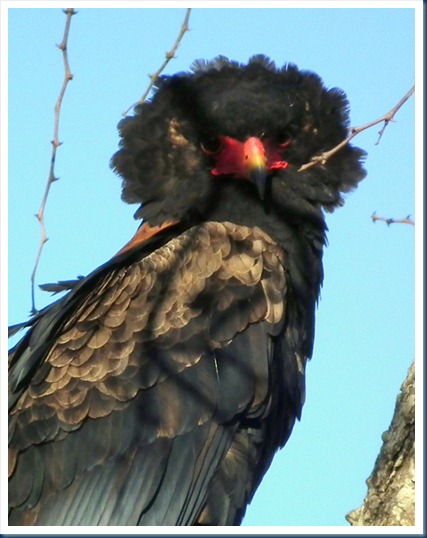